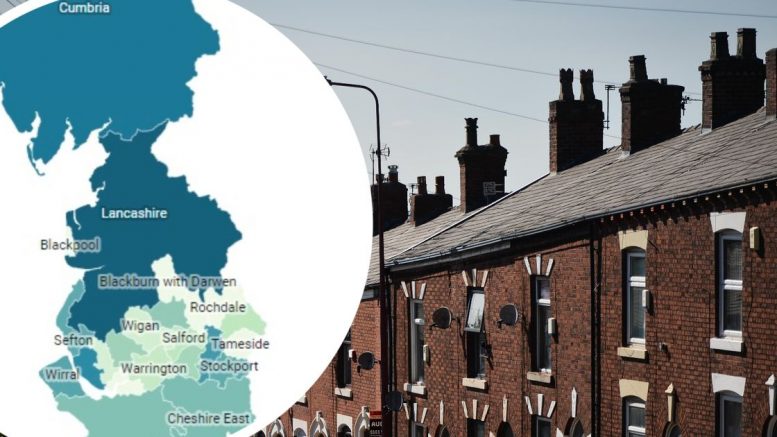 There are now 51,494 confirmed cases of coronavirus across the North West.

New Public Health England figures released this evening (August 24) and analysed by LancsLive shows the total for Lancashire, Greater Manchester, Merseyside, Cumbria and Cheshire has risen by 521 in the last 72 hours and by nearly 200 since yesterday.

The area managed by Lancashire County Council now has 7,960 positive tests of the virus. In Blackpool there are 1,091 while in Blackburn with Darwen the number has risen to 1,764.

Eight of Lancashire’s 14 boroughs recorded at least one new case in the last 24 hours while four of Cumbria’s six districts also recorded an increase taking the county’s total past the 3,000 mark for the first time.

The data is based on people being tested both through ‘Pillar 1’ – in hospitals – and Pillar 2 – drive-through test centres and swabs sent by post.

Total number of confirmed cases of coronavirus by North West borough as of Monday, August 24:

It comes as new data shows three areas which had been at risk of disastrous local lockdowns have seen their coronavirus infection rates fall.

This is the highest rate in England, but it is down from 95.3 in the seven days to August 14.

Residents in these areas had been subject to new restrictions, such as being ordered not to socialise with anyone outside their household and avoid using public transport unless essential.

The statistics, for the seven days to August 21, are based on tests carried out in laboratories – pillar one of the Government’s testing programme – and in the wider community – pillar two.

The rate is expressed as the number of new cases per 100,000 people.

Data for the most recent three days, August 22-24, has been excluded as it is incomplete and likely to be revised.

The list has been calculated by the PA news agency and is based on Public Health England data published on August 24 on the Government’s coronavirus online dashboard.

An independent, family-run business has revealed its successful rebrand. The Westmorland Gazette | News …

TWO friends have brought their own little slice of sustainably-sourced vibrancy and colour to a South Lakeland town during the Coronavirus pandemic by opening up a store selling clothes, homeware and more. The Westmorland Gazette | News …

Project leader Professor Adrian Hill said the vaccine, tipped as the front-runner, would be ready in time for the festive season for selected groups Lancs Live – Cumbria …