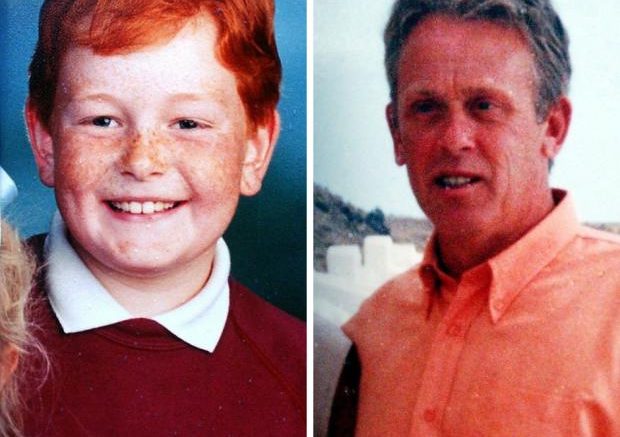 A MUCH-LOVED father and son who drowned during a fishing trip have been remembered 20 years on since their tragic deaths.

Stewart Rushton and his nine-year-old son Adam set off on a fishing trip to Priory Point on Saturday January 5 2002 which ended in tragedy.

We looked back at archive editions of The Evening Mail from 20 years ago which followed the heart-breaking set of events as they unfolded.

At 12.30pm on January 5, 2002, Stewart and Adam Rushton left their Dalton home to embark on a fishing trip in Bardsea.

The pair had walked for about 10 minutes on to the sand before realising they were in trouble. Mr Rushton rang his wife Joy that they are lost on the sand due to thick fog and she quickly alerted the coastguard.

A series of calls were exchanged between Mr Rushton, a process worker and keen fisherman, and the emergency services when a rescue operation was launched.

Just before 3pm, an RAF rescue helicopter set off from Scotland, taking an hour to arrive over Morecambe Bay. Crew ignored instructions to land on Walney and wait for the fog to lift and, instead, risk life flying into Morecambe Bay as visibility was now almost zero.

Police had been in contact with Mr Rushton to help keep his spirits up. They reported that he had his son Adam perched on his shoulders while water began to rise to Mr Rushton’s chin.

”My dad is all right,” were Adam’s brave and poignant words as he answered the call from coastguards, while clinging to his father’s shoulders with the water swirling around them.

He then handed the phone to his father in what was the last contact rescue teams were to have with the pair as they battled to pinpoint their exact whereabouts off the north-west coast of England.

At 3.30pm, both Walney and Arnside Coastguard launched their boat, however, it is highly likely the father and son had already died.

The emergency services could not reach the pair because of a fierce incoming tide and fog that had shrunk visibility to 25 yards.

At 10pm, the search was abandoned and their bodies were found by searching relatives the next day.

Adam was the second youngest of four children. Mr Rushton, a 51-year-old process worker, had one grandchild.

More than 700 people attended the funeral held at St Mary’s Church in Dalton to say goodbye to Stewart and Adam.

As reported in Saturday January 12’s edition of the Evening Mail, Adam was described as a ‘gregarious boy who inherited his father’s gentle, personable demeanour’.

His teachers at George Romney Junior School described him as a pleasant boy whose cheeky grin could light up a room.

Months after the tragedy, talks were held about having a rescue boat in the area to avoid an incident of this nature occurring again.

Ulverston Town Council held the meeting and launched a group made up of coastguards, Ulverston councillors and Duddon Inshore Rescue members to organise raising an estimated £20k to fund a new boat and running costs.

The team was successfully set up that same year and is still operative two decades later in the aim of preventing a tragedy like this from ever happening again.