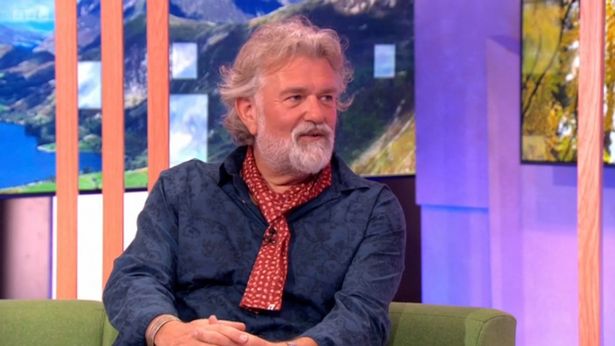 Hairy Bikers star Dave Myers is “still in the trenches” of his cancer treatment but is a “tough old boot”, his friend Si King has revealed as he offered a health update on his friend

The 65-year-old chef, from Barrow-in-Furness, revealed back in May that he was battling cancer and earlier this week gave a positive update, saying he was “doing all right” and that the “numbers are going in the right direction”. Yesterday (October 12) his “indispensable” TV partner Si King appeared on BBC’s The One Show and spoke to hosts Alex Jones and Ronan Keating about the former Barrow-in-Furness Grammar School for Boys pupil.

Si said Dave is a “tough old boot” and insisted he is doing really well. Ronan and Alex were thrilled to hear a good health update from Si, as he explained the numbers were getting better for Dave week by week.

“We’ve had so much love on social media. This came from David, who said, I send my best wishes to Dave. The Hairy Bikers helped me when I was low.

“Watching their programmes always bought a smile to my face. I hope his recovery is going well.”

Si then added: “It’s going really well. He’s still in the trenches of his chemo and treatment but all the numbers are going well and he’s getting stronger by the day and more positive by the day. He’s a tough old boot, you know, he’s from Barrow in Furness.

“He’s not going to give up easily. He certainly isn’t. He’s doing great, man. Thank you. And all of us, everyone involved with the Bikers, Dave, his wife Lil and the kids, the amount of love that comes over social media is remarkable.”

He concluded: “It’s so appreciated and we loved it; thank you.”

In pictures – Cockermouth’s personality shines in the sun and gloom