THE history of an art deco treasure and the only surviving seaside lido in the North West is to be explored for the first time.

To celebrate the 90th anniversary of the construction of Grange Lido, the Community Benefit Society Save Grange Lido will delve into the huge collection of artefacts from the pool and give residents the chance to share their memories.

It has been made possible thanks to a £10,000 grant from the National Lottery Heritage Fund.

The former Grange baths officially opened on the promenade in the town on August 18, 1932 and was closed in 1993. 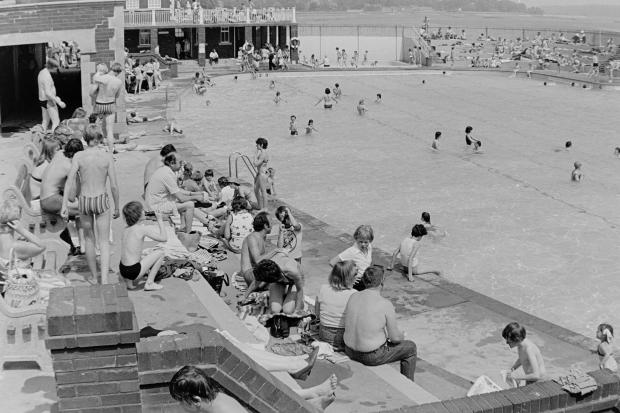 Swimmers enjoying the lido in its heyday

David Dawson from Save Grange Lido said: “When the pool was abandoned so many fascinating items were left behind, including hundreds of photographs, documents relating to the construction and dozens of trophies from the many swimming galas over the years.

“Thanks to this grant we will be able to share this treasure trove with anyone who remembers swimming in the pool. It’s fitting we are doing this in the month we celebrate the pool‘s 90th anniversary.

“We will also be running a series of events in the autumn, to give people the chance to come and share their memories, photos, and any other items they have relating to the lido.”

The National Lottery Heritage Fund grant will be used to employ a specialist archivist to organise the collection in preparation for public display. Volunteers will also be given archiving and oral history training.

The 90th anniversary of the opening of the pool will also be marked with a Cross Bay Walk on August 20 to raise funds for the restoration of the lido.

Anyone interested in getting involved in the project, or finding out more, should visit SGL’s website at www.savegrangelido.co.uk

A RETIRED shipyard worker who saw ‘many’ colleagues die from asbestos-exposure met the same fate due to ‘dangerous’ workplace conditions. The Westmorland Gazette | News …

Conservation charity the Woodland Trust selected the 12 trees, with a team of experts and the public and two of these are found in Cumbria Lancs Live – Cumbria …

A CUMBRIAN man has been jailed after permitting someone to crop a puppy’s ears he was responsible for. The Westmorland Gazette | News …

From country shows to classic car shows, there’s something for everyone here in our county Lancs Live – Cumbria …