A FATHER is taking part in a gruelling cycling challenge for research into the rare genetic condition that his son was diagnosed with seven years ago.

Scott Mitchell, from Kendal, will take part in his friend Sam Taylor’s 380-mile Duchenne Research Relay ride between the UK’s four neuromuscular centres from August 12 and 14.

Sam and Sue Taylor, from Milnthorpe, have organised a host of exhausting challenges since their twelve-year-old son, Will, was diagnosed with Duchenne muscular dystrophy when he was four years old, and have managed to raise more than £100,000 for Muscular Dystrophy UK (MDUK).

Mr Mitchell’s son, Alex, now 20 and studying physics, astronomy and cosmology at university, was diagnosed with Becker’s muscular dystrophy when he was 14.

“Alex was diagnosed aged 14 with Becker MD after years of taking him to the doctors and battling to get the correct diagnosis,” he said.

“I am taking part to raise money to fund research and support for those suffering Muscular Dystrophy, and their families. It makes a world of difference.”

“He’s an amazing young man and my inspiration. He just gets on with it, despite his condition.”

In 2012 the 43-year-old lost an incredible five stone to get fit and start fundraising for MDUK and the relay will be the second time the dad of two has done one of Mr Taylor’s challenges.

“We have a mutual connection that’s brought us together through unfortunate circumstances, and we’re doing our best to battle it head on,” he said.

Participants of the relay will cycle in Covid- safe teams of six during 12–13-hour days beginning from August 12, when they will cycle from Great Ormond Street Hospital to the MDUK Neuromuscular Centre at Oxford University and onto Bromsgrove.

Day two will see teams cycle from Bromsgrove to Alder Hey Hospital in Liverpool and onto Preston.

And on day three the pelotons will cycle from Preston finishing at the Centre for Life in Newcastle.

In addition to the ride, Mr Mitchell is doing his own event days after the relay is complete.

And a week after that, he will be doing the Manchester marathon.

Visit www.justgiving.com/campaign/duchenneresearchrelay to support the relay. 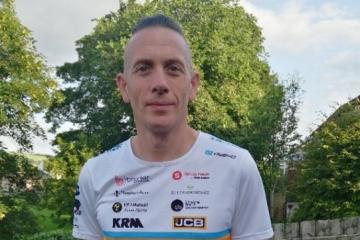 One Little Urswick youngster is proving that ‘lasses can do it just as good’ when it comes to farming. The Westmorland Gazette | News …