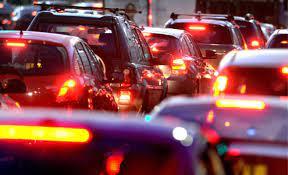 LONG delays are expected due to heavy queuing on M6 soundbound.

Delays are expected on the M6 Burton southbound between J36 (Crooklands) and J35 (Carnforth) due to a collision.

At least five miles of queueing traffic on the approach.

The A6 from the A590 Levens down to Carnforth is also seeing delays as traffic tries to avoid the M6 queues.

LONG delays are expected due to heavy queuing on M6 soundbound. The Westmorland Gazette | News …

A MUCH-LOVED father and son who drowned during a fishing trip have been remembered 20 years on since their tragic deaths. The Westmorland Gazette | News …