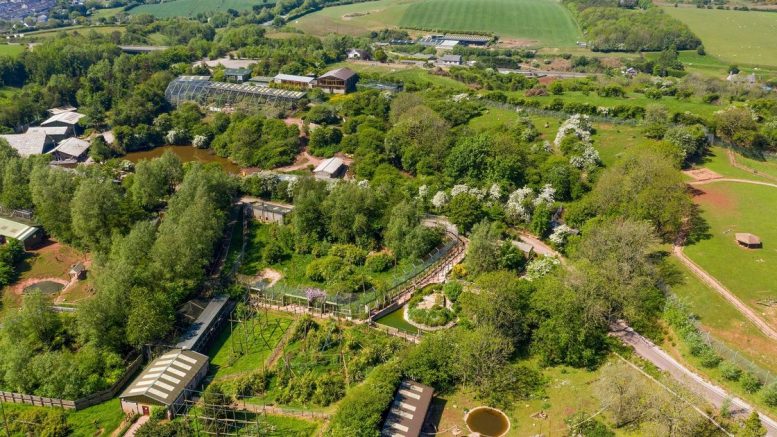 A man who broke into a zoo and stole two penguins to sell on Facebook has been jailed for 32 months.

During the raids, he also stole three macaws and 12 spoonbills, eight of which later died, and a number of other exotic birds escaped from the aviary, after Tomes cut a hole in the fence.

But he was caught red-handed when a collector in Nottingham noticed the penguins he had bought for £9,000 were tagged and did not have the correct paperwork, and arranged to meet Tomes for a refund.

When the thief arrived at the collector’s house he was greeted by the police and arrested on suspicion of burglary, theft and transporting and selling specified species.

Judge Beverley Lunt, sentencing, said: “You saw them as a commodity you could sell.”

Preston Crown Court heard Tomes, from Hesketh Bank, Lancashire, had an interest in exotic birds spanning back to his childhood.

In his early 20s he was “a devoted and proper animal lover” and despite having no qualifications, and had impressed the staff at South Lakes Safari Zoo so much they gave him a job working in the aviary.

He was a popular and knowledgeable member of staff and became known as “the go-to guy” for any queries relating to birds, the court heard.

He left the safari zoo in 2016 and after a series of setbacks in his personal life turned to drink and drugs, and began to see the creatures he loved as a commodity.

On July 22 2018, he visited the zoo on a reconnaissance trip, scoping out the exotic bird enclosure.

Later that night, he returned to the zoo and cut a hole in the chain link fence to steal the spoonbills – valued at £20,000 and three macaws.

Police visited Tomes at him home in Lancashire, after staff at the zoo reported he had been acting suspiciously, but found nothing to link him to the break in.

Undeterred, Tomes carried out a second raid overnight on October 27 to 28.

This time, he took a pair of 15-year-old penguins, Penny and Pablo, which he advertised for sale on Facebook.

In January 2019, he delivered the birds to collector Reece Oliver, in Nottingham.

Mr Oliver noticed the penguins were in a poor condition and needed urgent veterinary care.

He took the penguins to see a vet, who also cared for animals at the South Lakes Safari Zoo, who noticed they were tagged and did not have the proper paperwork – suspecting they may be stolen.

Mr Oliver arranged for Tomes to return to Nottingham under the guise he wanted his money back, but when Tomes arrived at the address, the police were waiting for him.

He pleaded guilty to burglary, theft, selling and transporting specified species and appeared at Preston Crown Court to be sentenced.

Judge Beverley Lunt said: “You knew that this group of spoonbills was the only group in the UK and you knew they were a family group in a breeding program, and you roke up that group.

“You knew the harm it would do to the zoo, not only financially but in taking so many animals.

“You didn’t care. You saw them as a commodity you could sell.

“You caused even more suffering. You sold the four that survived. This was a callous, cruel crime. The only excuse you can proffer is that at the time you needed money for alcohol and drugs.

“You care nothing for the welfare of these defenceless creatures. You cared only for yourself and the money you could obtain.

“You certainly didn’t care for the zoo, which you knew was recovering from difficulties.”

Judge Lunt said the raids took significant planning and targeting and the offences were so serious Tomes must go straight to prison to serve a sentence of 32 months.

Wendy Evans for the CPS said “Bradley Tomes showed utter disregard to the wellbeing of the birds he stole from his previous employer for his own financial gain. In an attempt to avoid being caught, he begged the buyer not to contact police and tried to return the money he had received for the penguins.

“In police interview he denied committing the offences, but once faced with the overwhelming evidence against him, he pleaded guilty. This included clear evidence of him planning the thefts to order. He told police he had not attended the zoo in 2018, but ANPR and an eye witnesses, who knew him, proved he made a reconnaissance trip to the zoo, as well as being present on the days of the burglaries.

“We take crimes involving endangered animals and birds incredibly seriously and will take every step we can to secure convictions in these cases.”

“Tomes put the lives of the two penguins at risk, and he continued to deny the offences against him in interview.

“Thankfully the man who bought the penguins contacted vets due to their poor condition and reported the incident to police against the pleas of Tomes who offered to return the money.

“We would encourage anyone with concerns around wildlife crime to contact police, we are committed to tackling the problem and will seek to prosecute those who exploit our most endangered wildlife for their own gain.”

Those earning over £19.5k ‘should pay higher taxes to cover Covid bill’

Many more cases have been reported across the region, including Manchester, Cumbria and Liverpool Lancs Live – Cumbria …

A MAN who attempted to groom a person he believed to be a child into sexual activity has been jailed for five years. The Westmorland Gazette | News …

Three households will be allowed to mix for up to five days in a plan to allow families to reunite at Christmas, Government sources said. The Westmorland Gazette | News …

Infection rates continue to fall in Barrow-in-Furness, Allerdale, Copeland and Eden and are all below the England average Lancs Live – Cumbria …