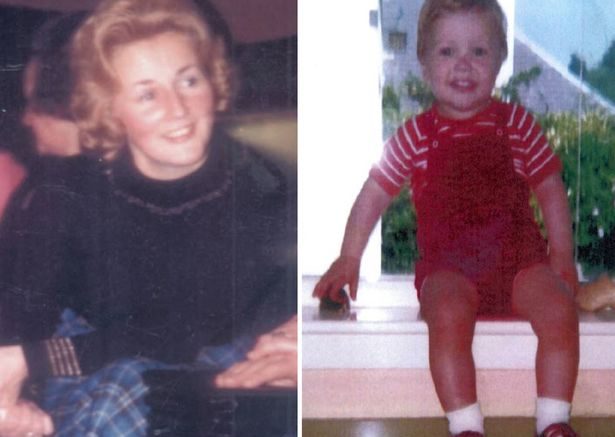 A pensioner from Cumbria accused of murdering his lover and young son was the only man with the motive to kill the pair, a court has heard.

Alex Prentice KC, prosecuting, told a jury at the High Court in Inverness that William MacDowell, of Penrith, murdered Renee MacRae, 36, and their three-year-old son Andrew MacRae at the Dalmagarry layby on November 12 1976, and then covered up the killing.

The advocate depute told the court: “A blood-curdling scream in the dark, I suggest, was the last utterance of Renee MacRae while alive.”

The court heard Mrs MacRae had been told by MacDowell they would move to Shetland to live a new life, despite him having no intention of doing so, and he was worried about the affair becoming known.

“Life for Bill MacDowell would change dramatically if it all came out in the open. He would lose his job, his family and his home,” the jury was told in Mr Prentice’s 89-minute closing speech.

“Renee and Andrew MacRae were murdered and the accused, William MacDowell, was responsible and I invite you, ladies and gentlemen, to convict William MacDowell of all three charges on the indictment,” the court heard on the 10th day of evidence.

The 80-year-old is on trial charged with assaulting Mrs MacRae and Andrew at the Dalmagarry layby on the A9 trunk road south of Inverness, or elsewhere, by means unknown, and as a result murdering them.

He is also accused of disposing of the bodies of Mrs MacRae and her son and also disposing of a boot hatch from his Volvo car to defeat the ends of justice. MacDowell denies all charges against him.

Mr Prentice, in his last words to the jury, said: “When you’re in that jury room deliberating, just ask yourself – would I get rid of the boot floor from a Volvo car.”

The court was told MacDowell had been seen “scrubbing” the floor, and when he was initially asked to hand back his company Volvo he refused because he had not finished cleaning it.

MacDowell said he had burnt it, and that he had done so because it had broken. And it was alleged, the jury heard, that a “sinister complexion” could be placed on this when all the evidence was placed together.

The court has been told Mrs MacRae’s blood had been found in her BMW, which had been found ablaze in the Dalmagarry layby, and a man had been seen with a pushchair with something heaped on it along the A9. MacDowell has lodged a special defence of incrimination and alibi, part of which is that he was at the Mercury Motor Inn, Inverness, that evening before going home via his work and a shop.

The court was told of MacDowell’s wife Rosemary, who gave evidence in the trial, who backed up his alibi that he was home by 8.30pm. But, the jury was told, in one statement she said her husband did not get home until cowboy programme The Quest had finished, which their two daughters were watching.

According to television guides this ended at 10.15pm, the court has been told, and Mr Prentice said it “undermines the alibi”. MacDowell has accused Mrs MacRae’s estranged husband Gordon MacRae for the murder, but Mr Prentice told the court that when they split there was an not acrimonious split but a “mutual recognition” that their lives had moved on.

Murray Macara KC is set to address the jury on Wednesday. The trial, before Lord Armstrong, continues.