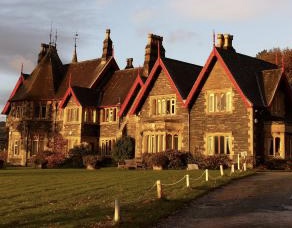 A PETITION to save a South Lakeland care home has attracted more than 2,500 signatures as opposition to its scheduled closure gathers momentum.

The sister of a resident at the care home, which is near Troutbeck Bridge, said Holehird’s announcement ‘came out of the blue’ and left her feeling ‘shocked and devastated’.

Janice Skelton, whose 56-year-old sister will be reliant on care for the rest of her life, described the care home as ‘absolutely wonderful’.

“I keep telling people it’s like a family,” said Mrs Skelton, of Barrow.

“The most beautiful setting. I think they love her like family, it’s quite a unique place.

“We wanted her to be there when we first visited Holehird.

“Straight away we knew that that was where she should be.

“So now we’re in the situation where it’s almost like starting again, if it does close.”

Holehird houses residents with a variety of needs, including people suffering from degenerative conditions such as multiple sclerosis and who have suffered brain injuries.

Among the reasons cited by the charity Leonard Cheshire, which leases the building from the Lakeland Trust, for the closure are issues with funding and income and the ergonomics of the bedrooms not allowing ‘sufficient space for staff to deliver personal care safely’.

Mrs Skelton urged people to sign the petition launched by Mr Farron, who has written to the chief executive of Leonard Cheshire asking her to put plans to close the care home on hold.

In his letter to Ruth Owen at the beginning of this week, the Westmorland and Lonsdale MP said the decision to close Holehird had been met with ‘immense sadness and utter disbelief’ in the community.

He asked Leonard Cheshire to ‘press pause’ on the closure of Holehird, scheduled for ‘before the end of September 2021’, and look at ways of dealing with funding difficulties or allow time for another care provider to be found.

Ruth Owen has responded to his plea, stressing that the closure ‘is not a decision which has been taken lightly’.

“The combination of issues associated with Holehird have been faced before, in 2003, and unfortunately the same substantial barriers remain,” she said.

“Leonard Cheshire only has finite financial resources and has a responsibility to allocate these accordingly.

“It would be remiss of us to utilise the significant charitable funds required to take the service to the necessary level.

“Furthermore, we operate in a very challenging funding environment as we enter the post-pandemic period and we cannot ignore our wider obligations to disabled people, who need our immediate support more than ever.

“Social care as a sector remains under huge pressure, with no long-term funding solution in sight.

“We are willing to discuss the option of finding a potential new provider to take over the running of the home, provided this can be explored as a high priority.

“Therefore, we think it would be inappropriate to pause the current process of consultation with staff and will continue to work with the commissioning bodies to examine alternative placements for residents within the timeframe of our exit before the end of September 2021.

“We are, of course, happy to hear any proposal that enables the transfer of care and support to an alternative provider within the current timetable.” 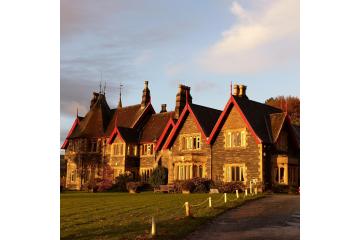