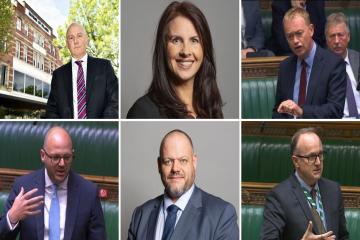 CUMBRIA’S six MPs collectively claimed well-over a quarter of a million pound in expenses within a 12 month period.

The basic annual salary for an MP from 1 April 2022 is £84,144 but, MPs also receive expenses to cover the costs of running an office, employing staff, having somewhere to live in London or their constituency, and travelling between Parliament and their constituency.

The average MP accommodation claims throughout the country stood at £18,264.83, whereas travel stands at £4,186.80 – however, often a varying figure based upon MPs location.

We’ve categorised what Cumbrian MPs have been spending in relation to both travel and accommodation over a 12 month period.

The deducted expenses figures below omits staffing costs in which expenses are also claimed for, it should be noted the variance outwith travel and accommodation to total expenses claimed is often attributed to office running costs.

The second smallest claimant out of Cumbria’s MPs was Dr Neil Hudson, MP for Penrith and The Borders.